New Delhi [India]Sep 22 (ANI): Congress’s India Jodi Yatra led by Rahul Gandhi mired in yet another controversy on Wednesday, when a picture of RSS ideologue Vinayak Damodar Savarkar among other freedom fighters appeared on a poster, which Congress party leaders said. was to welcome. in Kerala.

As soon as the banner with Savarkar’s picture went viral on the internet, the BJP said that Savarkar’s “Bharat Jodi Yatra banner pictures of Congress is a good feeling for Rahul Gandhi”. The Congress, however, termed it as a printing mistake and said that immediate action has been taken against the local leader while a detailed inquiry is being conducted.

“Photos of Veer Savarkar adorn the India pair visit of Congress in Ernakulam (near the airport). Though of late, good feeling for Rahul Gandhi, whose great-grandfather Nehru signed the mercy petition, requesting the British to allow him to escape from Nabha Jail in Punjab in just two weeks,” said BJP leader Amit Malviya in a tweet. Told.

The banner carries a picture of Savarkar among other freedom fighters like Maulana Abul Kalam Azad, Gobind Ballabh Pant and Chandrashekhar Azad.

went viral on the internet.

“Rahul ji, no matter how much you try history and the truth will come out Savarkar was a hero! BJP spokesperson Shahzad Poonawalla tweeted, Those who hide are “cowards”.

Responding to the missteps, the Congress alleged that the BJP-RSS man deliberately tampered with the banner and said they would investigate the matter.

After the BJP’s embarrassment and criticism, the party acted swiftly and Savarkar’s picture was covered with a picture of the Father of the Nation Mahatma Gandhi on the ‘Bharat Jodi Yatra’ promotional poster.

Congress MP and state coordinator of Bharat Jodi Yatra K Suresh said, “I think the person printing the banner may be a BJP-RSS person and he did it deliberately. Congress workers will never ask for Savarkar’s photo on the banner. We will inquire. Our leadership took action and immediately suspended the local leader.

Calling it a “mistake”, he further said that every Congress worker knows who Savarkar is. 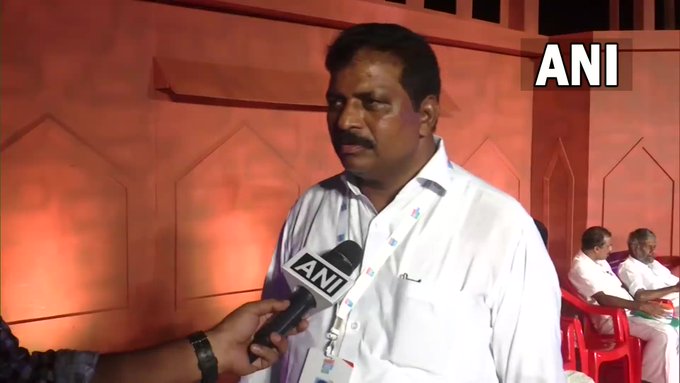 Suspended local Congress leader Suresh said, “For two weeks I was on work related to Bharat Jodi Yatra. The 88-feet long flax containing the portraits of freedom fighters was given to print at around 9 pm last night. It contained 22 photos. Then a copy of the flex was sent to me for testing. But I didn’t examine it thoroughly.” 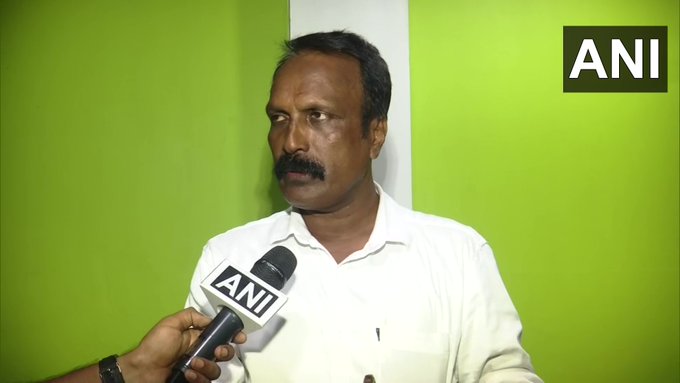 He further claimed, “It was created by taking pictures taken after typing freedom fighters from the internet. I could not verify further. I didn’t notice. The fault is in me. Someone took a photo or video of this flex as soon as I entered it. In such a situation, it started being discussed on social media. I didn’t think this matter would be so serious.”

He further said that as soon as fake things came to light, it was covered up with the picture of Mahatma Gandhi.

“When there was a problem, I used Gandhi’s picture and covered it. But the entire flex was removed on the instructions of the party leaders. It was a Flex which cost Rs 9000. I don’t care that the party has taken action against me. Because I have done wrong. I am apologizing to the party and workers for the mistake caused by my negligence.

Notably, the Congress has always criticized Savarkar, claiming that instead of fighting the British, he apologized to them. (ANI)