New Delhi [India]Sep 28 (ANI): Durga Puja or Durga Puja as it is famously called is just around the corner, and the preparations for the festival have started in full swing in Delhi.

After a gap of 2 years, Durga Puja will start from October 1 this year. But with a little change.

Committee member at CR Park Delhi, Partha Banerjee told ANI, “MCD, Police and Horticulture department have decided to immerse the idols for all above CR Park and make small holes for those who use the pits created by them. Small pits have been made. MCD is being instructed not to make an idol of Durga more than 5 feet. But here we have dug our own pit behind the pandal for immersion so that we can make the idol as tall as we want.

Sameer Banerjee, general secretary of Durgotsav GK 2, told ANI, “Due to COVID-19, for the past few years we were not able to celebrate the festival in a big way, but now we are back. We have got the instruction to reduce the size of Maa Durga idol, it should be around 8 feet. In the pandal, so we followed that instruction. I don’t know if that rule is valid now. We are going with eco-friendly idols made of clay and have been instructed to end the festivities by 10 pm every day. ,

When asked about the enthusiasm among devotees for the festival, Partha Banerjee said, “Before Covid, we usually had a crowd of over 1 lakh people every day, even from Ashtami and Navami. More. But this year we cannot imagine how big it will be. But we are ready for it and we are taking all precautionary measures. We have our bouncers and police support.” 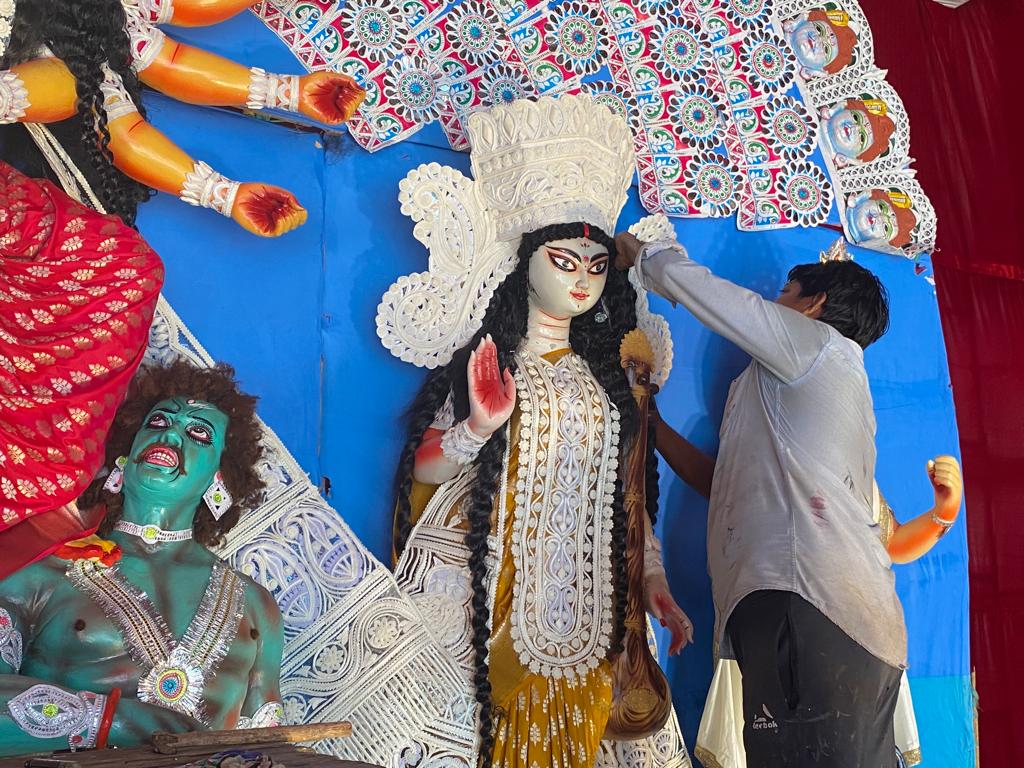 Sameer Banerjee told ANI, “Due to a gap of 2 years, devotees were not able to celebrate Durga Puja, but now we are all excited. Our Durga aarti is very famous, around 2000-3000 devotees gather here during the aarti.

Professor Anand, a member of the committee, told ANI, ‘After Corona, we have made a comeback like anything, you have to feel the point of the pandals. You will see how dedicated the people are, how enthusiastic they are. Young, old, men, women are all working day and night and this time it will be something spectacular.

The Hindu festival of Durga Puja, also known as Durgotsava or Sharodotsava, is an annual festival that honors the Hindu goddess Durga and celebrates her victory over Mahishasura. 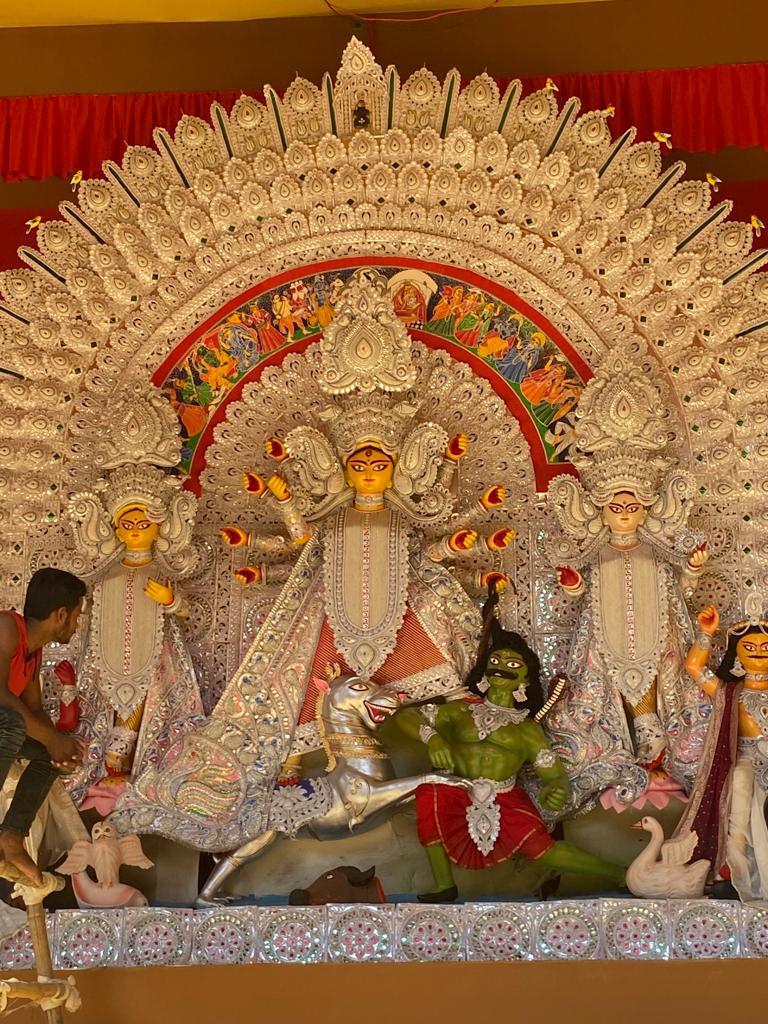 To destroy Mahishasura, Goddess Durga appeared in heaven by the fusion of the energies of all the deities. She had ten arms, and on each of them, she held the deadliest weapons belonging to each god. During this all the weapons of Goddess Durga are sanctified.

Over the years, Durga Puja has become an inseparable part of Indian culture, with innumerable people celebrating the festival in their own unique way.

Hindu mythology holds that the goddess comes to her earthly abode at this time to bless her devotees. Durga Puja is the biggest festival for the Bengali community. This year Maha Shashti is falling on 1st October and Vijayadashami is falling on 5th October.

The significance of Durga Puja transcends religion and is revered as a celebration of compassion, brotherhood, humanity, art and culture. From the buzz of ‘Dhak’ and new clothes to delicious food, the mood for fun prevails these days.

In other parts of the country, during the nine-day Navratri festival, devotees worship nine incarnations of Maa Durga to seek her blessings. A goddess manifestation is associated with each day of Navratri.

During these nine days, people observe ritualistic fasts, recite verses dedicated to each goddess, wear new clothes, offer bhog and clean their homes. In their prayers, they seek the blessings of the Goddess for a prosperous, joyful and fulfilling life. (ANI)