New Delhi [India]Jan 22 (ANI): The Union Ministry of Food Processing Industries will organize a three-day mega food event starting from November 3, 2023, which aims to cater to all subdivisions of food processing and allied sectors.

The program will also focus on promoting millets and millet-based value-added products as 2023 has been declared as the ‘International Year of Millets’.

The ministry said in a release that this year’s event will be much bigger than the food show organized by the ministry in 2017.

Food Processing Industries Secretary Anita Praveen chaired a roundtable with foreign missions in India this week. The meeting was in continuation of several roundtables held since November 2022 to apprise the ministry of its action plan for the mega food event 2023 and discuss possible areas of cooperation. 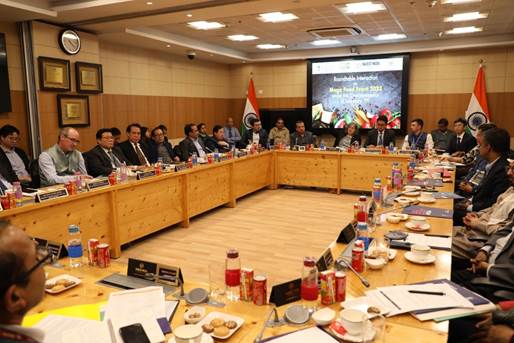 According to the release, the secretary further said that through this program the ministry envisages to showcase India as a global food supply hub.

“Representatives from all countries were requested to share their inputs and suggestions on the proposed structure of the event to make it comprehensive and inclusive for all relevant stakeholders globally. Participants were also requested to share their Create awareness about this event among senior policy makers, agri-food companies, academia etc. in the countries and actively participate as a partner to make this event a success.(ANI)

This report has been auto generated from ANI News Service. ThePrint is not responsible for its content.

Stand-up comedian gets schooled for his skit on ‘Indian Funeral’